CONFIRMED: ‘Crash Landing On You’ star and SMART ambassador Hyun Bin is coming to the Philippines 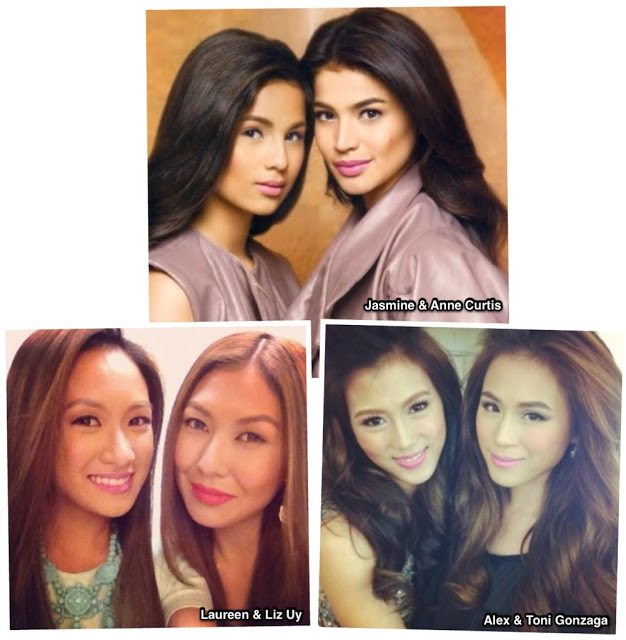 In showbiz, it’s common knowledge that true friends are hard to find. Another rarity we observed is a good relationship among celebrity siblings. The highy competitive industry is constantly plagued by family squabbles that lead to publicized word wars and legal battles. This reality leads us to a better appreciation of those who seem to keep the sibling love alive. It’s refreshing to know there are still siblings in the business who leave no room for rivalry. On our list are celebrity Ates and their sisters – Liz and Laureen Uy, Toni and Alex Gonzaga, and Anne and Jasmine Curtis. Previous TV guestings and print interviews reveal how fond and supportive they are of each other.

Get inspired and check out the proofs of what these siblings have in common – constant displays of affection and quality bonding time through travel and leisure.

RANDOM PHOTOS:
LIZ and LAUREEN UY
Age Gap: 8 years
Celebrity stylist-brand endorser Liz and fashion blogger-entrepreneur-turned-actress Laureen Uy share the sibling love with their older brother Vince. In a past TV interview, Liz expressed admiration for Vince and shared how he has been instrumental in her entry to the fashion industry. Vince works as a creative director. Similarly, Laureen was very vocal in a recent Kris TV guesting that she idolized her sister while growing up and even mimicked some of Liz‘s interests. Teary-eyed, the younger sister commended Liz for also being a mother and friend to her. Positive influence on one another is evident among the Uy siblings. All three are currently in the same circle of creative careers.
TONI and ALEX GONZAGA
Age Gap: 4 years
The Kapamilya and Kapatid actresses are frequently compared to each other especially now that younger sister Alex has been given breaks as an actress and TV host in the rival network TV5. But the two have consistently dismissed the rumors. Interviews (and Instagram posts!) expose how they celebrate their differences and express their unique brand of affection – constantly mocking and making fun of each other. Given their small age gap, Toni and Alex seem to have that barkada vibe instead of the typical Ate-and-little sister setup.
ANNE and JASMINE CURTIS
Age Gap: 9 years
We first knew of Jasmine as Anne‘s Australia-based little sister who paid frequent visits to the Philipines. She also made a mark with that memorable dance number with her Ate on Showtime. Soon, Jasmine eased into the business and even topbilled her very own teleserye on TV5. Several guestings and online posts show how Anne babies and dotes on her younger sister.  Both beautiful and talented, we’re not surprised there’s no trace of competition between the two.
—
RANDOM TRIVIA:
According to the British Psychological Society, you’re most likely to be happy if you have a sister. It says that people with at least one female sibling reportedly have better social support, more optimism, and greater coping abilities. Sisters, it adds, appear to encourage cohesion in families.
Source: Prevention magazine (February 2010)
Share your thoughts below: 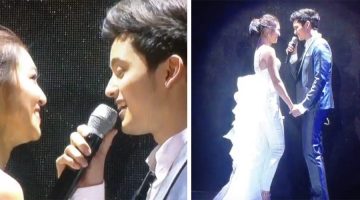