Airbnb Virgin No More: Checking In at Moon Garden Tagaytay

Fast Talk with Boyce Avenue on Tonight with Boy Abunda

The Confessions of a Badingerzi: Your Ultimate Guide on How to Spot a Becky 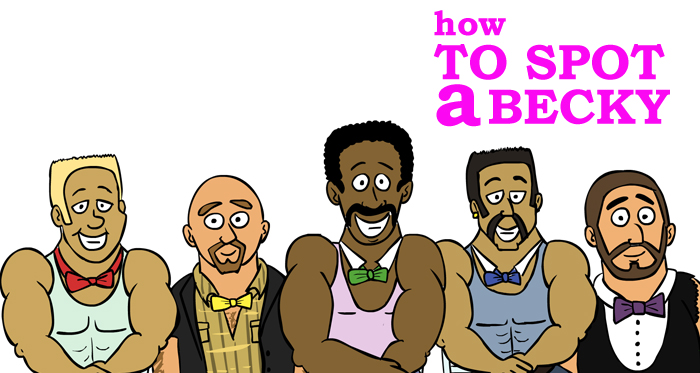 Gay, homosexual, fag, bakla, bading, badaf, badingerzi, bex, becky–we call them by many names. But in this day and age, it gets more and more confusing how to detect a real becky from one who is not. So how do you spot one in a gym, in a classroom, in an office, in a mall, or sometimes even inside your own homes? Hopefully this list post will help you…
(Original photo above  from marriageequalitysong.com)


In the Philippines, there are a dozen types of beckies that have now come about–some you may easily identify by the way they look or dress up, while a few others might prove to be more difficult to decipher as they can easily cover it up with their very manly attitude, huge egos, and sometimes, attractive muscles.


As a child of the ’80s and the ’90s, we have been long accustomed to certain stereotypes of how gays should look like and how they should act. Flamboyancy, effeminacy, and flirtatiousness are often associated with a typical bakla. Decades ago, Pinoy homosexuals are often categorized into three main baskets: the Roderick Paulate-type (a Pinoy actor who appears in several gay films; his TV/movie characters are usually the candid, closeted, theatrical-type of gays); a Mama Renee Salud-type (a famous fashion designer; he is usually the epitome of a mamang-type of gay who is very much into beauty & fashion); or a Jojo Veloso-type (a sleazy talent coordinator who got involved in a video scandal while molesting budding models).

GAYDAR ALERT! GAYDAR ALERT! Times have changed and so do these beckies. So here’s our rundown of the different types of Pinoy gays that you might encounter in your daily living.

Note: This is not sweeping generalization, but it will hopefully act as a rough guide on how you can spot a becky within your radar. These are random categorizations/personality types which help us understand the beckies better on how they live and interact with each one of us today. For some people, they can be a combination of the different personalities listed below…


———-
The Parloristang Bading. They usually sport long hairs, they cross-dress, are loud, and most often than not are flamboyant with their hand gestures. But on a more positive note, they are the ones who also help you look good and give you the best hair styles, make-up, and grooming makeovers.
The Drag. They like ostentatiously dressing up in women clothes with full make-up on. It’s a way for them to express themselves or for some, a way to entertain other people.
The Closet Queen. Usually, no one knows they are gays. They only reveal their “true identities” to a few friends or family members. In the outside world, they appear as straight men, but once they are alone, then they become another person.

The Pamhin or the Paminta. Unlike the Closet Queens, the pamhins or pamintas know for a fact and have already accepted the truth that they are gays. Most likely, his friends and his family members know they are gays too, but their personal preference is to still appear manly in front of everyone else. For some, it’s a tactic to advance in their careers, gain respect from others, or even attract other fellow gays who are not into dating the loud type of beckies.

The Curious. They’ve had sexual encounters with a fellow male (maybe as a barkada experiment in high school or after getting drunk in a college party). Although it’s hard to classify them as “hardcore” gays, but if they are curious all the time, then they most likely are.

The Bisexual. Although they are definitely not homosexuals, they also have a strong inclination to get romantically or sexually involved with men (sometimes even more than being involved with women). Hence, we’ve included them in this list. In the ’80s, they are often called Silahis, but now we call them Chickboys (pwede sa chicks, pwede sa boys).

The Metrosexual. Although some straight men are also metrosexuals, generally, gays tend to be ultra stylish, sophisticated, and vain in more ways than one.

The Tito Boy. (Note: Boy Abunda is a well-respected TV host and showbiz icon in the Philippines). Also known as the Boy Abunda-Syndrome. They are usually the revolutionists of this generation. They are LGBT ambassadors and affirms the rights of the homosexuals. They are respected in their own fields and they always have opinions on different matters may it be political or social. They are intelligent and are highly educated.

The Party Animal. Every weekend, they will definitely be in a bar in Malate or in Ortigas hanging out with their herds of friends and fag-hags. But since the gay nightlife scene has already changed in Manila, they will be most likely seen in straight-yet-gay-friendly bars as well, such as Prive, Opus, Gramercy, among others. You might also see them on Instagram having a short weekend getaway in Boracay with their shirts off and holding a beer on one hand.

The Dota Champ. They don’t want to be classified as gays per se as they see themselves more as unique individuals who love playing video games, who are into the latest gadgets, and who are self-confessed nerds in their own rights.

The Diva. He likes performing in front of everyone. He sings and dances whether or not he is on stage.

The Sport Buff. Lean or muscular, he’s your all-around fitness hottie that you will have a crush on. If you are a girl, too bad he is only into guys.

So there we have it. We hope this list enlightened you in some ways. If we missed out any other type of becky, feel free to post your comments below.
Share your thoughts below: 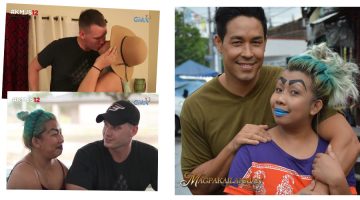