Five hours ago, several tweets have been posted on Maine Mendoza‘s Twitter account indicating her account has been hacked by the Anonymous Philippines. In the past, this  group of Filipino hackers has been known to hack Chinese websites in relation to the dispute over maritime properties and alleged poaching.

Here are screenshots of the tweets and Anonymous Philippines’ statement and apology on the said hacking. 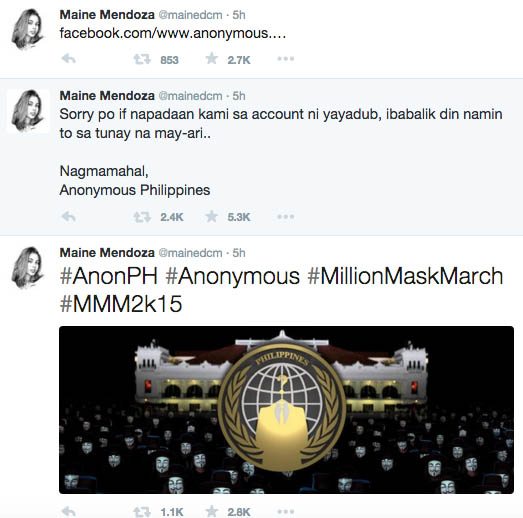 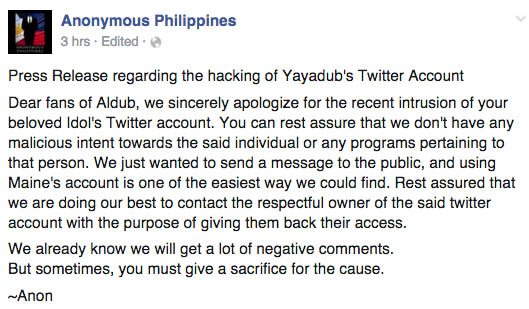 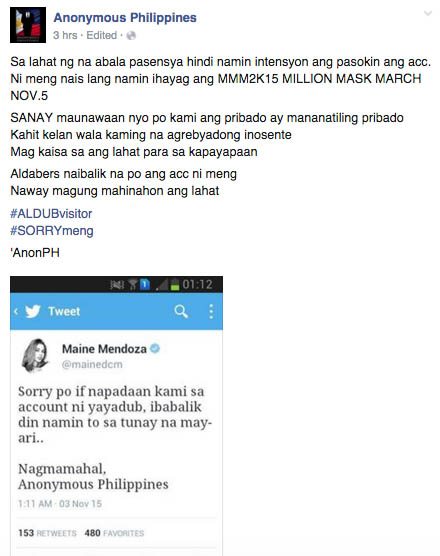 Next post What was James Reid's Birthday Gift to Nadine Lustre? 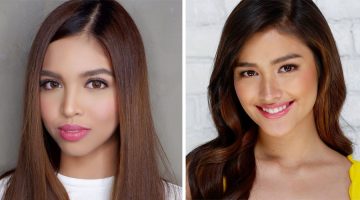 WATCH: Maine Mendoza vs. Liza Soberano in FOMO Daily’s ‘For the Win’ Segment