If you’ve already seen “Spider-Man: Homecoming,” you might have noticed that there were several Asian characters in the film. Spidey’s school (from the principal to the students) was comprised mostly of Asians. This is indeed a bold move for Marvel who earlier promised to cast more Asians in their films.

Peter Parker’s best friend who goes by the name Ned Leeds is played by 21-year-old Filipino-American Jacob Batalon. Born to Filipino parents in Hawaii, Jacob gets his biggest acting break as of yet playing a supportive and funny classmate to Tom Holland (Spider-Man). 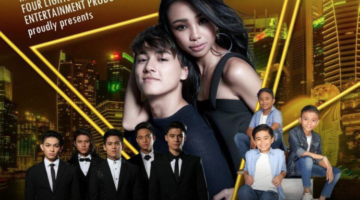 Triple Treat in Singapore with MAYWARD, BOYBANDPH and the TNT BOYS