Cristine Reyes Airs Her Side on Controversial Rift with Vivian Velez

Pasig City Newest Landmark: The Rebirth of the Revolving Tower and Restaurant 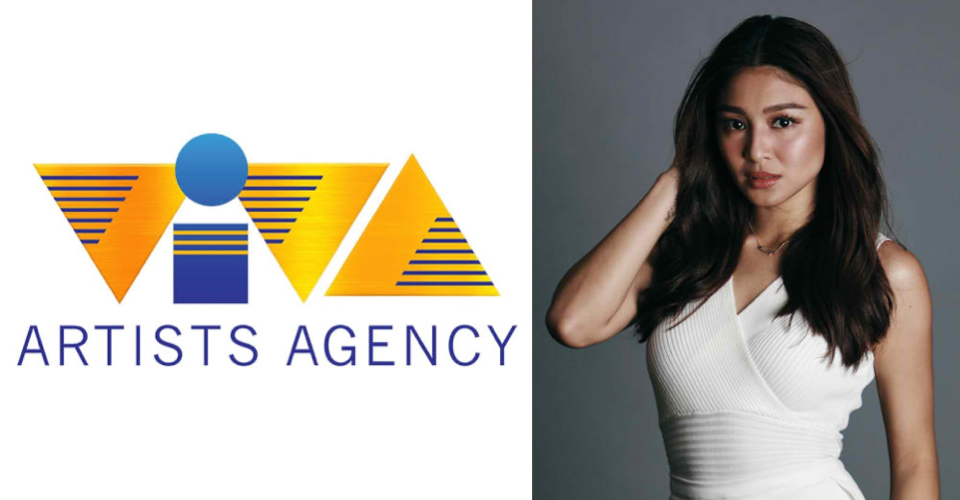 A few days ago, Kapamilya actress Nadine Lustre, through a press statement from Kapunan and Castillo Law Offices, announced her decision to terminate her contract with Viva. Article 1920 of the Civil Code of the Philippines was cited in the said statement. Lustre’s lawyers said she is self-managed and will continue to be so indefinitely.

Today, the entertainment company decided to release its official statement:

“This is to address the press statements of Atty. Lorna Kapunan involving Nadine Lustre and her Exclusive Agency and Management Agreement with VIVA Artists Agency, Inc. (“VIVA”).

At the outset, we share Atty. Kapunan’s position that the court of law is the proper forum to discuss the validity of Nadine’s Agreement with VIVA, not through innuendos and press statements. Nevertheless, we deem it necessary to clarify the statements of Atty. Kapunan, which aim to discredit and malign the reputation and good will of VIVA.

This is not a David versus Goliath scenario as portrayed by Atty. Kapunan. Neither is this a situation where artists are taken advantage of by a talent management company. Rather, this matter is about respect – respect for the law, respect for contractual commitments, and good faith in professional relationships.

The Agreement that Nadine entered into with VIVA is valid and subsisting. Under this Agreement, VIVA acts as the sole and exclusive agent and manager of Nadine to develop, advance, and promote her as a performing artist. At the time Nadine executed her first Agreement with VIVA in 2009, she was assisted by her parents. Thereafter, Nadine executed subsequent contracts with VIVA to extend their Exclusive Agency and Management Agreement until June 2029. All the elements of a valid contract are present in Nadine’s Agreement, namely: consent of the parties; object certain, which is the subject matter of the contract; and cause of the obligation which is established.

Atty. Kapunan claims that Nadine’s Agreement with VIVA is a simple contract of agency that may be revoked by Nadine at any time. This is false.

The Agreement between Nadine and VIVA created reciprocal obligations between the parties. VIVA, as Nadine’s exclusive agent and manager was obligated to develop, nurture, and promote Nadine’s career as a performing artist. This required VIVA to invest their time, resources, and good will to hone Nadine’s talent and build her reputation. This included investing in workshops, training her talents, pairing her with an equally popular actor in a love team, producing movies and preparing her for roles that will showcase her skills as an actress, among others. As a result of VIVA’s efforts, Nadine is one of the most sought-after actresses in her generation.On the other hand, Nadine as VIVA’s exclusive talent is obligated to abide by the terms of her Agreement. This requires Nadine to appear in tapings, shows, and events; to perform roles in movies which she agreed to do; to coordinate with VIVA on projects and endorsements that would advance her career; among others.

Thus, the Agreement between Nadine and VIVA is for the mutual benefit of both parties. Nadine benefitted as VIVA built and established her career in showbusiness appearing in countless shows, events, and movies, while VIVA received compensation to recover their investments in Nadine and earn a profit. The Supreme Court, in the recent case of International Exchange Bank v. Spouses Briones said that “when an agency is established for both the principal and the agent [meaning it is for their mutual benefit], an agency coupled with an interest is created and the principal cannot revoke the agency at will” (G.R. No. 205657, March 29, 2017). Accordingly, Atty. Kapunan’s theory that Nadine’s contract is a simple agency is mistaken.

The applicable Civil Code provision is Article 1927 which states that an agency cannot be revoked by the principal if a bilateral contract depends upon it. Nadine cannot simply turn her back on her contractual commitments after she received benefits as a VIVA talent.

We likewise take exception to Atty. Kapunan’s claim that VIVA has taken advantage of young artists for the longest time. This accusation is malicious and unjustified.

VIVA established its business on trust and fairness. The talents developed by VIVA that turned into stars in the industry are countless. VIVA’s roster of artists, past and present, is a testament to its reputation in the industry and it will not allow its goodwill to be tarnished by conjectures and motherhood statements not supported by facts.

We likewise clarify Atty. Kapunan’s statement that we, as VIVA’s counsel, did not respond to her letters regarding Nadine. Atty. Kapunan alleges that we “waited in ambush to malign Nadine and harass third parties”. These statements are false and misleading.

The truth is that we responded to Atty. Kapunan’s letter. We have the letter bearing the stamp of Atty. Kapunan’s law office showing that they received it on 21 October 2019. In fact, Atty. Kapunan replied to our letter on 04 November 2019, thus belying her claim that we ignored her communications.

Furthermore, it must be noted that after Atty. Kapunan’s letters to VIVA, Nadine signed several contracts with VIVA inconsistent with Atty. Kapunan’s claim that Nadine has revoked her Agreement. Nadine performed these contracts and this shows her intention to honor her obligations under her Agreement with VIVA. However, it appears that Nadine is being induced to violate her contractual commitments – an act definitive of tortious interference, which Atty. Kapunan falsely accuses VIVA of committing.

We must likewise clarify a certain claim that third parties are not affected by the Agreement between Nadine and VIVA as the same is supposedly a personal contract or an “in personam contract”. This is inaccurate.

Under the law, third parties directly dealing with Nadine may be found liable for tortious interference. The fact that these third parties are not privy to Nadine and VIVA’s Agreement does not preclude a cause of action against them. If these third parties directly transact with Nadine knowing that she is an exclusive talent of VIVA, they are dealing in bad faith and that is an actionable wrong. Furthermore, if a third party enters into a contract directly with Nadine, notwithstanding the subsistence and validity of her Agreement, this contract is deemed null and void under the law.

At bottom, VIVA is not harassing or maligning Nadine as claimed by her lawyer. Neither is VIVA interfering with third parties in directly dealing with Nadine. Rather, VIVA is merely seeking to enforce its rights under the law and under the Agreement that Nadine knowingly entered into and benefited from.” 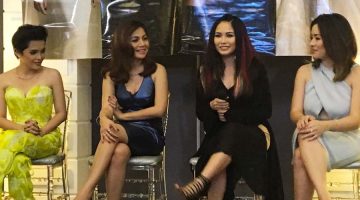 WATCH: Angeline, KZ, Kyla, and Yeng on Rachelle Ann Go No Longer Being a Part of their ‘Divas: Live in Manila’ Concert